The Bodhie Tree of Dambulla Caves

Ask us for Tour Details

Dambulla cave temple (in Sinhala : Dambulu len viharaya or Rangiri Dambulu viharaya) is a world heritage in Sri Lanka (in the central part of the country) which is also known as The Golden temple Dambulla. It is located 148 kilometers east of Colombo and 72 kilometers north of Kandy.

Further, Dambulla is a world heritage city that was declared by UNESCO.
There are Five leading caves which contain statues and paintings; related to the Lord Buddha and his life.

•    Cave I – Devaraja Viharaya
The Temple of the King of the Gods
•    Cave II – Maharaja Viharaya
The Temple of the Great King
•    Cave III – Maha Alut Viharaya
This cave, the New Great Temple, has been converted from a storeroom in the 18th century by King Kirti Sri Rajasinghe of Kandy.
•    Cave IV – Pachima Viharaya
The central Buddha figure is seated , with its hands in the Dhyana mudra (a meditative pose). The small Dagaba in the center. And it was broken by thieves who believed that it contained the jewelleries of Queen Somawathie.
•    Cave V – Devana Alut Viharaya
This newer cave was once used as a storehouse, but now, it is called as the Second New Temple. It highlights a reclining Buddha; Hindu deities, including Kataragama (Murugan) and Vishnu, are also present. 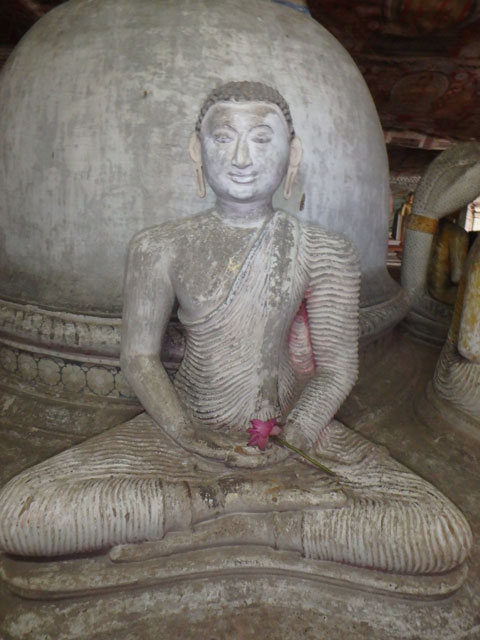 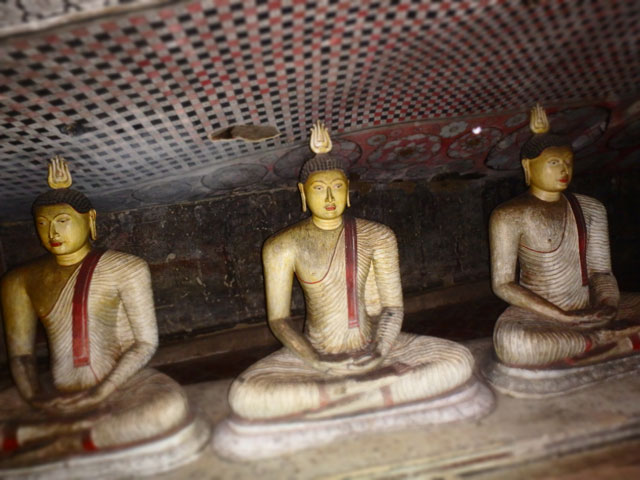 Ask us for your Dambulla Expierence

Details of Tour from Mawanella to Dambulla, such as Duration, Possibilites, Price?, etc

This cave complex is one of the most splendid Buddhist temples in the world with 153 Buddha statues, three statues of Sri Lankan kings and four statues of gods and goddesses. Sequentially, it included Vishnu and the Ganesha.
Prehistoric people in Sri Lanka would have lived in these cave complexes before the arrival of Buddhism in Sri Lanka.

History
King Walagamba (Vattagamini Abaya) took refuge in this temple in the first century BCE. Later, with the combination of these five caves, he turned them into a rock temple.
Thereafter, many kings like King Nissanka Malla made further improvements of the temple by earning it the name of Ran Giri – “Golden Rock”.

Dambulla Viharaya contains a plenty of valuable material (which is rare to find anywhere) from the very earliest times in the late eighteenth century, and also it shows the evolution of the Singhalese Buddhist art.

If you like to feed Apes, be prepared for a big rookery…… Lorem 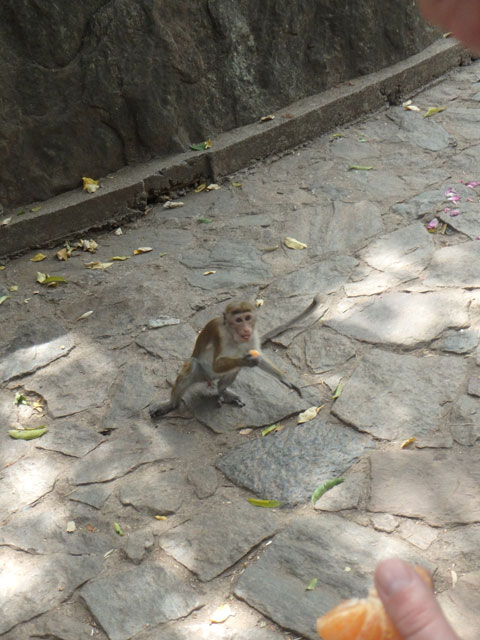